A downloadable game for Windows

Explore the Rolling Hills, Relax in the Dune Desert and pay your respects in the Deadlands. Sasori is home to the famous Fighter's Guild and the majestic Mage's Guild! If you look hard enough, you might even find the rumoured Thief Legion!

Worship the Godess at Mera's Temple, or pray to the downtrodden at the Gargoyle Temple.

Whatever you do, do it in style as one of five playable classes!

Nothing can go wrong! Can it?

Pandemony! is a role-playing game which centres on doing guild quests, exploring the world and growing stronger with a custom party.

The controls are simple:

Move with the arrow keys

Jump with the A key

Interact or Select a menu option with Space or Enter

Open the menu with ESC

Fullscreen mode can be entered with F5

Oersted of Lucretia84 days ago(+1)

1.0 is finally here, feels like it took years. Time to chill in Sasori for a bit!

You're the best, man

Hey, I kinda like it!
It's kind of vague and traditional, but that's kind of what's nice about it.
It says "BETA" on the file, but is there any idea how long the game is as of now?

Thanks for the kind words! The beta version has been out for a few days, and I'm working in some general bug fixes as well as a new worldspace for the post-game, and a short story to go along with it.

The beta has the entire main quest and all of the guild quests, though some of them need tweaking for the final version. I estimate the final game will be revealed in 2-3 months at most! 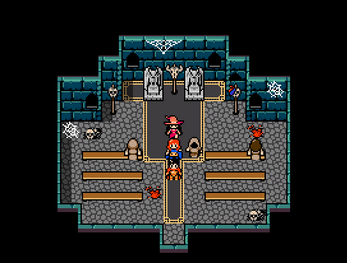 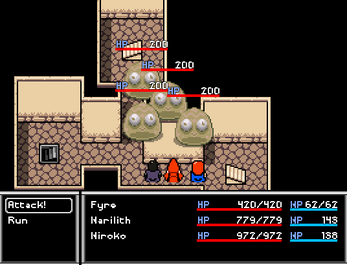